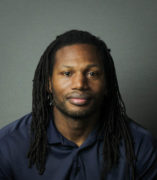 My ongoing research concerns issues of race, nationality, and gender within the context of contemporary French society.  Based upon fieldwork performed in the northeast suburbs of Paris, France, I examine how processes of racialization work in the historically color-blind French nation.  My coursework in West European Studies at Indiana University provided me with the geographical knowledge and spurred my interest to pursue further study in this area. My Master’s thesis at Indiana University examined the French debates over the 1989 Creil school incident in which three young Muslim girls were expelled for wearing Islamic headscarves in the classroom.  In my current research, I hope to illuminate the intersections of race, class and gender within the lives of individuals of African descent living in the working-class neighborhoods of the Parisian suburbs.

2011, Provost's Award for Graduate Research, University of Illinois at Chicago

2018, Africans are strong, but football is more than that: Race and French Sport, American