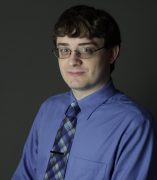 My research concerns long distance trade relationships in East and Southeast Asia shortly prior to large scale European involvement (roughly the 9th through the early 16th centuries). Specifically, my ongoing dissertation work focuses on examining the exchange network within and between locations in the Fujian province of southern China and the Philippines. Porcelain and tradeware ceramics are especially useful for this discussion since they are relatively widespread, were produced in great numbers, and have good preservation compared to more consumable trade goods (such as tea, forest products, silk, etc.). Within this larger framework I use chemical analysis in the form of Laser Ablation Inductively Coupled Plasma Mass Spectrometry (LA-ICP-MS) on tradeware ceramics in order to differentiate between grouping patterns, source sherds, and look at local vs. long distance connections. More than a comparative sourcing study, I am interested in showing how individuals engaged with this complex system, worked that system to their advantage, and adapted to changing market and trade conditions. I have conducted multiple field seasons in China and in the Philippines in order to collect samples and research sites used in this research.