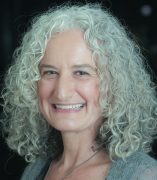 My ongoing research concerns environmental politics, the anthropocene, climate refugees, alternative markets and commodities, and social movements in Mexico and the United States.  My book, Stealing Shining Rivers: Agrarian Conflict, Market Logic, and Conservation in a Mexican Forest (University of Arizona Press, 2012, 2017) explores the attempts of an NGO-led social movement to incorporate an agenda of local autonomy into a “mainstream” environmental conservation project in Oaxaca, Mexico. This book won an Award for “best book in the social sciences” from the Latin American Studies Association. Additional publications on this topic include “The Political Economy of the Ecological Native” (American Anthropologist, 2007), which won an award from the Environment and Anthropology section of the American Anthropological Association, and “From Community Conservation to the (Lone) Forest Ranger: Accumulation by Conservation in a Mexican Forest.” (Conservation and Society, 12(3): 233-244, 2014).

I have also explored alternative political and economic models as they are expressed through fair trade coffee.  My book manuscript, Meaningful Markets:  The Culture and Politics of Fair Trade Coffee, concerning fair trade coffee that is produced in Chiapas, Mexico and marketed in the Midwest and the UK.  My research and writing on these topics has also been supported by the National Science Foundation and the Wenner-Gren Foundation, and through a Faculty Fellowship from the UIC Institute for the Humanities. Articles in print on this topic include “Orphans in the World System: Maya Coffee Producers in Chiapas, Mexico.” (Anthropology Now 3 (2): 17-27, September 2011) and “Relationship Coffees: Structure and Agency in the Marketplace.”  (In Sarah Lyon and Mark Moberg, eds. Fair Trade and Social Justice: Global Ethnographies, pp. 229-257. New York University Press, 2010).

My exploration of alternative food systems extends to organic agriculture, local food, and the politics of scale in Wisconsin. My research in Wisconsin has been supported by the UIC Dean’s Award, The Institute for the Humanities, and the OSSR at UIC. Publications on this topic include “Neoliberalism and The Roots of Resistance,”(co-authored with Ida Susser,  Anthropology Now 6 (3): 1-8) and “Politics of the Family Farm: when the neighbors poison the well,”(Anthropology Now 6 (3): 46-53, 2014). In both my coffee research and my research on organic agriculture in Wisconsin, I have paid particular attention to the consolidation of markets in food, and the effects of market concentration on livelihoods, politics, and the environment.

I have also had the opportunity—thanks to a 2019 fellowship from the Palestinian American Research Center—to learn about the production of olive oil and fair-trade olive oil in Palestine, as well as food sovereignty movements there.

In my home city of Chicago, I have been carrying out research on the local urban food system and community gardening. This project is a collaboration with Dr. Alaka Wali and Dr. Joanna Michel, and has benefitted from the participation of UIC undergraduate and graduate student researchers. Our work concerns the relationship between people, plants, and wellbeing in Chicago Community Gardens with a focus on refugees. Collaborative work was funded by the UIC Chancellor’s Global Initiative. This collaboration resulted in two museum exhibits at the IMSS and the Field Museum, respectively. My ongoing ethnographic work was funded by the Wenner- Gren Foundation for Anthropological Research in 2020.

At UIC, I have had the opportunity to participate in two vital working grous through the UIC Institute for the Humanities:  the Chicago Area Food Working Group and the Political Ecology Working Group. Both of these collegial collaborations have created vital engagements on campus through conferences, symposia, and exhibits.

Finally, I am the co-editor of Critical Green Engagements: Investigating the Green Economy and It´s Alternatives, an environmental book series published by University of Arizona Press. I am on the editorial boards of the journals, Environment and Society and North American Dialogue. I am a Consulting Anthropologist for the Wenner-Gren Foundation.

University of Illinois at Chicago, Institute for the Humanities Faculty Research Award for “Cultivating Wellbeing: The Cultural and Ecological Significance of Urban Gardens in Chicago.”, Principal Investigator

Mellon Foundation, Humanities without Walls: The Work of the Humanities in a Changing Climate, Co-Principal Investigator

University of Illinois at Chicago, LAS Dean's Award for Faculty Research in the Humanities for Meaningful Markets: The Culture and Politics of Fair Trade Coffee, Principal Investigator

“The Resilience of Nationalism in a Global Era: Megaprojects in Mexico’s South.” In June Nash, ed. Anthropology of Social Movements, London and Medford, MA: Blackwell, 2004.

Editorial Board, Environment and Society

Blog Article for Envirosociety, July 2017:  To Be Human is to Live as though there is Hope.”

2018    “Ecologies of Place: Refugees and restorative practice in the city.” HWW Presentation,  September 21.

I am currently engaged in research in Wisconsin on homesteading and alternative food systems and in Chicago on community gardening.

I am currently collaborating on a project with Dr. Joanna Michels (UIC Medicine), Dr. Emily Minor (UIC Biology), and Dr. Alaka Wali (Field Museum) entitled “Cultivating Wellbeing: The Cultural and Ecological Significance of Urban Gardening in Chicago.”  The project was funded by the Chancellor’s Global Health and Wellbeing Seed Grant, the Office of Sponsored Research, and a Dean’s Award. Visit our website for more information on our project.

We are proud to have the “Cultivating Wellbeing" project as a part of the Field Museum's Urban Wellness Initiative, directed by Alaka Wali.

Our Chicago community garden sites have contributed data to a large, multi-city study of water and soil safety in urban gardens, directed by Johns Hopkins University.

In addition, I am co-PI (with Omur Harmansah, Ralph Cintron, Ian Baird, Beatte Geissler, and David Wise) on a Mellon Foundation grant that explores “the Work of the Humanities in a Changing Climate.” Our project is “Political Ecology as Practice:  A Regional Approach to the Anthropocene”. This collaboration emerged out of our working group on Political Ecology, sponsored by the Institute of the Humanities at UIC.

Artistic and Professional Performances and Exhibits