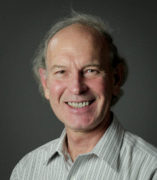 I supervise the department's GIS Lab and teach GIS and Remote Sensing.  My courses serve the entire campus; I teach GIS as a tool of research for a variety of disciplines.  I employ the leading softwares so that students will gain a useful skill for the job market.

During Summer Sessions I teach Anthropology courses, which have included Intro courses, Field School, and North American Indians.  In these classes I emphasize "high-tech" methods and a geographic perspective.

The methods I use are multi-scale, ranging from regional studies employing satellite images, to watershed analysis using natural-resource maps, to site-specific survey using geophysical probing instruments. My research interest is in Iroquois prehistory and settlement patterns with a focus on maize horticulture. I apply GIS to settlement pattern analysis for both cultural resource management and anthropological research.  My goals are to conserve archaeological resources and to understand prehistoric settlement.

“The ‘Lithic Scatter’ as an Artifact of Field Testing,” in Current Approaches to the Analysis and Interpretation of Small Lithic Sites in the Northeast, edited by Christina B. Rieth, pp.11-35.  New York State Museum Bulletin No. 508, New York State Department of Education, Albany.

“Wetlands as a Critical Variable in Predictive Modeling of Prehistoric Site Locations: A Case Study from the Passaic River Basin.”  Man in the Northeast No. 42, pp. 39-61.