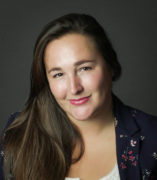 My current research explores issues of statecraft and imperialism with particular empahsis on the dynamic relationships between the imperial core and provincial intermediate elites. Through the lens of monumentality, I investigate the level of imperial control and intermediate elite power within the Angkorian Khmer Empire (9th- 15thcentury CE).  While empires certainly relied on state-sponsored building projects to produce networks of imperial control and ideology on the landscape, shifts in the way that imperial architectural models were enacted by provincial intermediate elites may reflect local agency and identity, resistance, and degrees of socio-political autonomy.

2016   Temples in the Tropics: Exploring the Study of Monumentality and its use as an Integrative Mechanism among the Maya and the Khmer. Invited paper presented at the 10th Annual Maya at the Playa Conference, Flagler County, Florida, USA.

2013   A Tale of Three Houselots: Identity and the Rise and Fall of the Minanha City-State.  Paper presented at the 11th Annual Belize Archaeology and Anthropology Symposium, San Ignacio, Belize.

2011   From Space to Place: A Developmental Analysis of the Epicentral Court Complex at the Ancient Maya Center of Minanha, Belize. Paper presented at the 76th Annual Society for American Archaeology, Sacramento, California, USA.