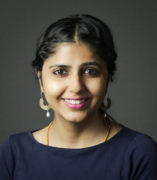 I am interested in the anthropology of urban space, the politics of gender and the performance of masculinity. I am also interested in the anthropological study of culture, and consumer culture in particular. My MPhil dissertation was entitled "Urban Domestic Spaces in the Indian Context" where I used visual media such as films and magazines to explore the production of urban domestic spaces in the context of North Indian cities. I specifically looked at the the way in which middle-class domestic spaces are produced through the performance of certain types of masculinity and femininity.

I am currently interested in studying the emergent forms of urban civic bodies in the North Indian context; particularly the Resident Welfare Associations (RWAa). I am looking at the gender dimension of these civic bodies, especially with respect to the performance of masculinity that is facilitated by the blurring of public and private spaces.