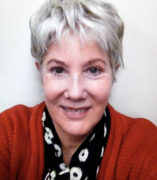 Professor Roosevelt specializes in two main geographic areas, the Middle Amazon and the Congo Basin. In the Amazon, she works at multiple sites, including those in Paraguay and Brazil. Professor Roosevelt's Congo Basin research is in Bayanga in the southwestern Central African Republic, and in the western Democratic Republic of the Congo. She currently directs the Lower Amazon Project in Brazil and the Congo Basin Project in Africa.

Professor Roosevelt’s interests include human ecology and evolution. For 25 years, she has studied long-term human-environmental interaction in the tropics with funding from National Science Foundation, National Endowment for Humanities, Fulbright Commission, and Wenner-Gren Foundation, and the University of Illinois. Fellow of American Academy of Arts and Sciences and Royal Geographical Society, she was awarded a 5-year MacArthur Fellowship for her interdisciplinary research. She holds the Explorers Medal, Society of Women Geographers' Gold Medal, Order of Rio Branco and Bettendorf medals (Brazil), and honorary doctorates from Mt. Holyoke and Northeastern University, Boston.